Must-watch video: Is this evidence of a ghost at a Cumbrian pub? 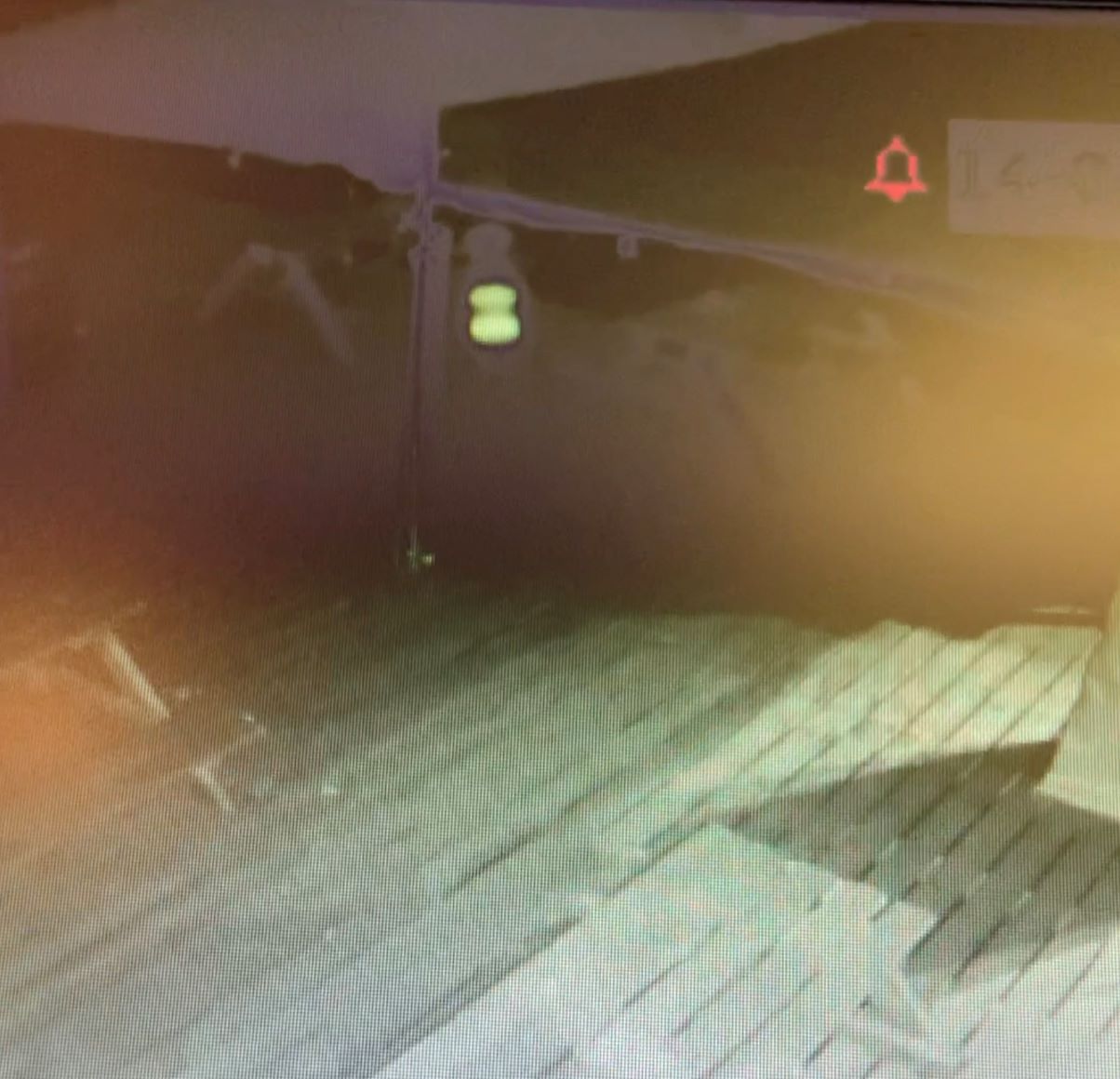 An eerie image of a shadowy human-like apparition walking around the beer garden of a Keswick pub has been captured on CCTV.

The landlord and staff at the Twa Dogs Inn in Penrith Road have been left shaken by the footage and believe what has been captured is a ghost.

Two fluorescent green orbs can be seen moving around the locked beer garden and it illuminates what appears to be a murky body with moving arms and legs.

It was initially spotted by Sharon Hankin, who has worked behind the bar at the pub for eight years. “I had been watching it all night on CCTV and thought: ‘What on earth is that?’” she said.

”I took a video of the CCTV footage on my phone. You can see the outline of a body and it looks like its got a head and legs and at the end you can see an arm swinging,” she added.

Landlord Peter Harding went out to investigate but the beer garden was empty and he described the footage as “unbelievable.”

“With COVID, we have had to have table service, so we have decked out an area at the side of the pub and put artificial grass down and put up two marquees,” said Peter.

“It was going up against one of the marquees, so whether we have disturbed something in there (the beer garden), I don’t know. It looks like something really bright green and fluorescent,” said Peter, who says that the pub also has a resident ghost.

“There are two circles like hot pads going back and forward,” he added.

His wife Marjorie and staff, including Sharon, have seen the resident spectre which is said to haunt an area around the pub’s pool room.

“When I was working a few years ago, I saw a figure wearing a blue jacket walk across the hatch in the pool room,” said Sharon. “I went to have a look and there was nobody there.”

Sharon said that other members of staff have heard footsteps on the landing and once after returning some keys upstairs she was startled by a “loud growl” behind her.

She also said there have also been instances when freshly made beds have had the appearance that someone has been lying on them.