Whitehaven coach Gary Charlton is looking for his side to maintain last Sunday’s form in their trip to Batley tomorrow.

Haven thumped Widnes 64-6, their record win over the Vikings and their best at this level for some time.

“They were exceptional but it’s what we have predicting if they put it altogether on the day.

“We have been inconsistent throughout the season. Playing well for 40 minutes but not for the full game.

“Well we got it right throughout against Widnes and having set that standard have to maintain it until the end of the season.

“Batley is always a tough place to go but we have shown what we are capable of and need to keep that going,” said Charlton.

Skipper MarcShackley is stillan absentee with injury while fellow prop Tom Walker is also out of the 21 selected for the Batley trip.

Meanwhile Batley coach Craig Lingard is targeting a third-placed finish for Batley Bulldogs as they look to secure home advantage in the Championship play-offs – and avoid a potential trip to France.

The play-offs get underway at the end of this month with the side who finish third hosting the sixth-placed club and fourth place securing a home game against the side in fifth.

The top two await the winners of those matches with first place, currently occupied by Toulouse Olympique, welcoming the lowest-ranked winners from the opening round to the south of France while Featherstone Rovers will take on the other side who qualify.

A third-place finish and victory in the first round of the play-offs mean Batley will most likely face Featherstone and avoid the trip to France in the semi-finals.

“The target now is winning the next three games and seeing how high we can go,” said Lingard.

“Playing at home would be the ideal scenario, that is an advantage for us, particularly at Batley.

“If we can get a home game, it puts us in a decent position.

“Ideally, we want to finish third because we get the home game and if we get through that then we likely play Featherstone in the semi-final round, rather than having to travel over to Toulouse.

“It would be great to finish third as it means we have finished strongly going into the play-offs.”

Whitehaven could still finish in sixth place but have a tough run-in with games against Batley (A), Halifax (H) and Bradford (A). 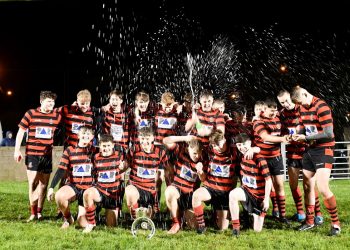