In the Championship play-off Wath Brow Hornets will entertain Pilkington Recs from St Helens while the Shield semi-final sees Kells at home to Rochdale Mayfield.

Hornets have won every game so far this season but Saturday’s 18-8 win over West Bowling of Bradford was their hardest test so far.

Probably the two strongest teams left in the competition apart from Hornets have been paired in the other semi-final – Thatto Heath Crusaders against Hunslet Club Parkside.

Kells reached the semi-final on a walk-over after scheduled opponents Crosfields of Warrington cried off because they were unable to raise enough players to travel.

Rochdale Mayfield, who have proved to be Kells’ bogey team over the years, had a very good 24-12win at Leigh Miners Rangers on Saturday.

The other Shield semi-final sees West Hull (26-6 winners at Normanton) hosting Dewsbury Moor Maroons who were handed a walk-over when Heworth were unable to raise a team.

Cumbria won’t be represented in the Cup section of the end-of-season play-offs after Egremont were beaten 29-10 at home by Woolston Rovers.

The host had trailed 16-6 at half-time but seemed tobe right back in the contest immediately on the re-start when Kieran Glenn scored an unconverted try.

But that was as good as it got for Egremont as Woolston powered away to have the game sewn-up just after the hour mar with two more converted tries. They didn’t really need a late field goal to emphasise their second-half superiority.

In Saturday’s semi-final, Woolston go to East Leeds while in the other tie Leigh East entertain Clock Face Miners. 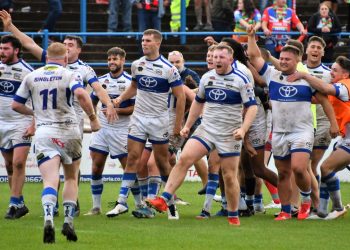 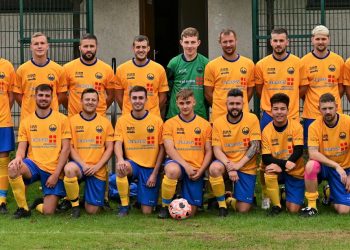 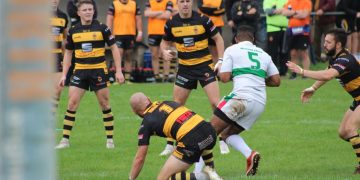