Penrith picked up three precious points last night in the battle to avoid relegation from the Northern League’s First Division.

It’s still very much early days but the Bonny Blues needed the 3-2 home win over Sunderland RCA to climb to 17th of the 20-strong Division.

They eventually got over the line after seven nervous minutes when the visitors scored their second in the 86th minute and three minutes were added on at the end.

It gives the side a big lift ahead of Saturday’s tough home game against third-in-the-table Newton Aycliffe.

The Cumbrians had the boost of an early goal, and a good one too when former Carlisle United forward Max Brown curled a lovely 30-yarder into the top corner.

Keeper Arron Taylor was almost caught out by a deep cross but did well to turn it over for a corner and at half-time Penrith still held their narrow advantage.

Five minutes after the resumption, however, the hosts had doubled their lead. Matthew Coombe was brought down in the box and former Man City youth team player Kingsley Grandison slotted home the penalty.

Sunderland keeper Ball atoned for mishandling a cross by saving well from Luke Brown and when the visitors broke immediately on 54 minutes they reduced the arrears. Craig Hennis tried his luck from long range and Taylor had no chance as it flew into the top corner.

There were opportunities at both ends with Jamie Armstrong bringing a save out of Ball and Taylor doing well to block another good effort from Michael Coghlan.

Goal-scoring hero Hennis became the villain for the visitors on 63 minutes when he sloppily gave the ball away and Armstrong capitalised by calmly firing past Ball.

Penrith were largely looking comfortable after this until Coghlan gave them the jitters by scoring late on, but fortunately they were able to see it through. 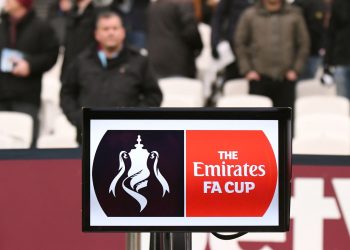 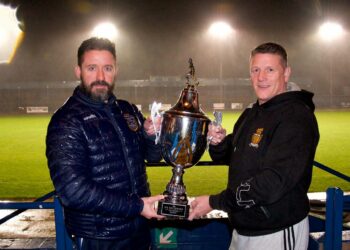 Gift appeal for families in need in West Cumbria

£30,000 lifeline after Barrow Foodbank broken in to 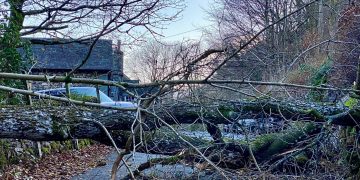 A week on from Storm Arwen, British Red Cross volunteers continue to support thousands of people left without power across Northern England...

Gift appeal for families in need in West Cumbria

£30,000 lifeline after Barrow Foodbank broken in to