Appleby and Keswick crowned champions – but its still all to play for!

[O]n Saturday, Appleby came away with a fabulous 3-1 win over Kendal County in the Final of the Westmorland FA’s Senior Challenge Cup. An exciting match at the Pye Motors Stadium in Kendal saw Appleby 3-0 by half time from a Bobby Atkinson hat trick and Bailey Carlos’s second half strike for Kendal was not enough and Appleby can add the Senior Cup to the Benevolent Trophy, setting up an exciting end of season High Sheriff’s Cup Final, back at the Pye Motors Stadium on May 10th against rivals Keswick, who were crowned Westmorland League champions on the same day.

The High Sheriff’s battle sees Appleby going for a Cup Treble, and Keswick for the League and Cup double.

But this was a busy week for Westmorland Football with plenty of twist and turns in all three divisions. Let’s start with the midweek fixtures in Division One of the James Cropper Westmorland League.

First up Windermere SC and Sedbergh Wanderers battled it out for a 3-3 draw which probably ensured safety for Sedbergh, but it wasn’t quite enough and they had a tough game against Shap coming up in just two days. Windereme were now secure in fourth place. So on to the fixture at Shap, a team who have only recently escaped from the relegation zone themselves.

And what a classic battle this turned out to be with Sedbergh sneaking in a win with an amazing 7-6 victory at Havera Park after being 1-4 down, thanks in no small part to four goals in fifteen minutes from Shaun Gardner and three more from Liam Mason, Dale Metcalfe and Andrew Metcalfe. Shap’s goals were from Luke Fraser, Luke Pattinson and two each for Jordan Palmer and Ben Palmer.

The win not only ensured Sedbergh’s place in Division One but pushed them into eighth spot. Shap are ninth and also safe after a similar good end of season run, but Wetheriggs Utd went down 7-2 to Windermere SC pushing them into tenth spot with all games played. Whilst technically they could be caught by eleventh placed Kendal County Reserves, they have a +22 goal difference and are promising ‘exciting news’ coming up in the next few weeks!

Finally basement side  Ambleside Utd and Ibis battled through to a 1-1 draw with Shaun Askins netting for Ibis. Ibis have now finished their fixtures and are fifth, but can still be caught by sixth place Penrith Reserves.

On Monday night in Division Two Keswick Reserves kept up the pressure on the top two with a 4-2 win over AFC Carlisle with goals from Dave Gaskell (2), Cam Ball and Adam Beaty. But on Wednesday in their fifth game in ten days, the Fitz Park lads suffered a big blow to their title hopes, losing 0-3 away to Kendal United Reserves.

Castletown kept up the charge for top spot with an impressive 0-6 away win over Appleby Reserves with goals from Ryan Gate (2), Liam Robinson, Lamin Cham, Sean Elliot and Harry Land, and Division Two  leaders Carleton Banks had an even more impressive win, 1-10 away at Braithwaite FC. The big game was now on Saturday when the top two would meet.

In Division Three there was just one midweek fixture and first placed Kirkby Stephen lost out 2-5 at home to third placed Lunesdale Utd. Kirkby Stephen are promoted along with Ibis Reserves, and would have to lose by double figure margins in their final two games against Burneside and Endmoor KGR Reserves not to win the title.

So on to Saturday and in Division One Keswick remain undefeated in the League after a 4-3 win over Windermere SC. This was a hard-fought battle for the James Cropper Westmorland League champions and despite going 1-0 up on 6 minutes from Richard Bannister, a well organised and hard-working Windermere SC never let Keswick pull away and Keswick’s next three goals from Josh Hilton, Declan Robinson and Lewis Cumber were matched by goals from Sam Fletcher, Steven Brown and Sam Harrison, with Mighty Mere’s ‘keeper Dan Sykes pulling of two fabulous second half saves and at the other end Lee Meddings making a similar critical goal line block.

Plenty of action and a bumper crowd of over 200 people made this a fabulous afternoon of football from kick off to the final whistle, in glorious sunshine at Fitz Park. Keswick were presented with the Westmorland League trophy after the game. In the only other Division One match on Saturday, Kirkoswald are more than secure in third place after a 3-0 win over Ambleside with goals from a Patrick Farrell free kick, a Nicholas Jake Holden long-range volley and Niall Renwick from the penalty spot

In Division Two the fascinating battle at the top continued and it was Castletown Utd who moved into first place, beating rivals Carleton Banks 2-1 at Frenchfield, with goals from Ryan Gate and Sam Oliver’s winner securing promotion for Castletown.

Dent moved into third spot (again!) back above Keswick Reserves with a 1-4 away win over Windermere SC Reserves, and Kendal Utd Reserves impressive end of season run continued with a 2-0 win over Eden Thistle putting Kendal into fifth place. Staveley United have also had a handy end of season run and notched up another win, 2-0 over AFC Carlisle leaving it all to play for at the bottom of the table between Braithwaite FC, Ullswater United and AFC.

In Division Three the inevitable happened and Kirkby Stephen formally became champions after a 1-1 draw with Burneside. In other results, Endmoor KGR Reserves stay sixth after losing 2-4 to Penrith Royal, and Penrith AFC Academy lost out 1-4 to third placed Lunesdale Utd with Bun Collinson, Thomas Jackson, John Wolstenholme and Dillan Potts netting for Lunesdale. Finally seventh Sedbergh Wanderers Reserves battled it out to a 1-1 draw with fourth placed Kirkoswald Reserves with Ryan Bell on the scoresheet for KO and a Connor Winn penalty for Sedbergh. 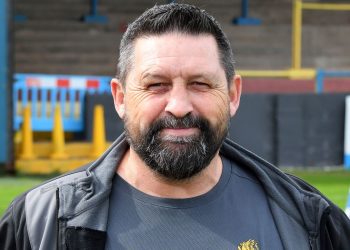 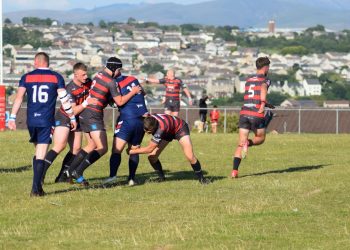 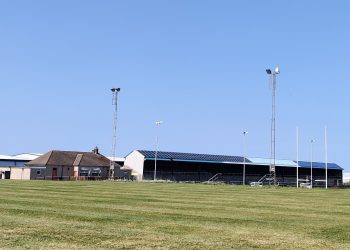