Child cruelty and neglect offences in Cumbria have doubled over the last five years, the NSPCC has revealed.

Reports to the police included extreme cases of when a parent or carer deliberately neglected, assaulted, abandoned or exposed their child to serious harm.

To raise awareness of child neglect – the most common type of abuse affecting children in the UK – the NSPCC has launched its ‘Light For Every Childhood’ Christmas Appeal.

The amount of police offences is mirrored by the number of calls made to the NSPCC helpline – totalling 19,937 last year about children suffering neglect in the UK- with three quarters referred urgently to police or children’s services, which included 111 referrals to agencies in the North East.

One NSPCC helpline practitioner recalls a recent referral she made to the police.

Tracey Hamer, NSPCC helpline practitioner said: “The police went out to do a welfare check, and later told me that mum had been found unwell and violently vomiting and unable to care for her 3-year-old daughter.

“The house was in a state of disrepair and the kitchen worktops were covered in dirty crockery with mould on them. The washing machine was broken, and mum said that water would come up through the pipes when she tried to use it so she couldn’t clean any clothes.”

Recorded police offences of this type reveal only a fraction of neglect cases, as social workers will step-in when parents cannot meet the needs of their child. They put a plan in place to prevent issues from escalating.

Last year there were 27,856 children in the UK, and 250 in Cumbria, on a child protection plan or register for concerns involving neglect.

The NSPCC Christmas Appeal is calling for donations to its helpline – which is open throughout the holidays – so it can be there for children suffering from neglect at Christmas and all year round.

Peter Wanless, CEO of the NSPCC said: “It’s unclear exactly why the number of child neglect and cruelty offences has risen so dramatically, but greater public awareness and improvements in how police record offences could be factors, along with deeper societal issues.

“Whatever the reasons for the increase in child neglect there is something we can all do about it now, we need to be aware of vulnerable children and be ready to report it to the NSPCC or the authorities if we are concerned for their safety or wellbeing.

“We are appealing to the generous nature of the public to support our Light For Every Childhood Christmas Appeal to help us be there for even more young people in need.”

Just £5 pays for the helpline to answer a call about child neglect, to donate visit the NSPCC website.

Adults concerned about a child can contact the NSPCC helpline seven days a week on 0808 800 5000, or email [email protected] 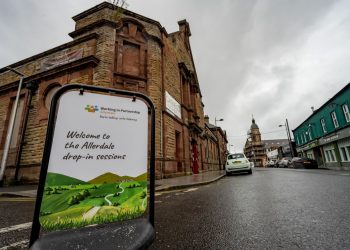 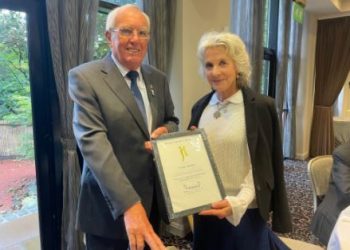