A car which dominated the estate market for a decade has been donated to the Lakeland Motor Museum, having been locked away undisturbed for 37 years.

The latest acquisition by the heritage attraction in South Cumbria is an estate version of the Humber Hawk, which hit the market in 1957, 12 years after Humber’s first Hawk saloon model went on sale.

Despite the success of the model, finding one today is rare. It has been given to the Lakeland Motor Museum by a donor who kept it hidden away in North Yorkshire, preserving it by completely sealing the garage in which it was stored. 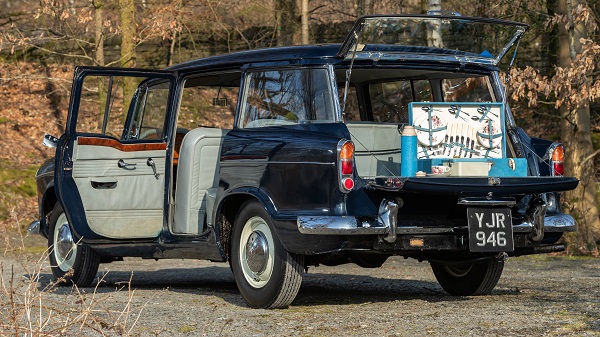 Chris Lowe, Operations Manager at the Lakeland Motor Museum, says, “This vehicle appears to have been in a time warp – looking more like a four year old car, not 56 years old. The owner had kept it protected from the elements for nearly four decades and it makes a fantastic addition to our collection.

Following the demise of Humber, the manufacturer of the Hawk, another vehicle quickly established itself as its natural successor and became the market leader in the UK for large estate cars from 1968. One of those vehicles – a Volvo 145 estate has also been given to the museum by the same donor, with further details to be released in the coming weeks.