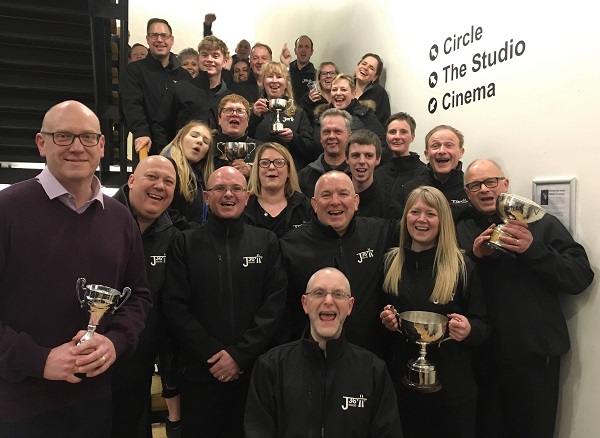 Cumbria based J36 Brass pulled off a remarkable win with their first attempt in the first section of the North of England regional Brass Band contest at the Gala Theatre in Durham last weekend. The silverware brought back to Cumbria included all the available trophies which were for the best trombone, best percussion section and the best bass section. The band was formed four years ago since when there has been rapid promotion from the third section to second and first and now the championship section from next year.

The first section trophy was last won by a band from Cumbria in 1993 and included on that occasion Angie Hunter-Brown who is still going strong as part of the J36 tenor horn section. There was also a trophy for winning conductor Mr Andrew Warriner who in the words of adjudicators Alan Fernie and Stan Lippeat delivered a “well directed and considered musical performance” Appreciation was given to all the soloists in the band. 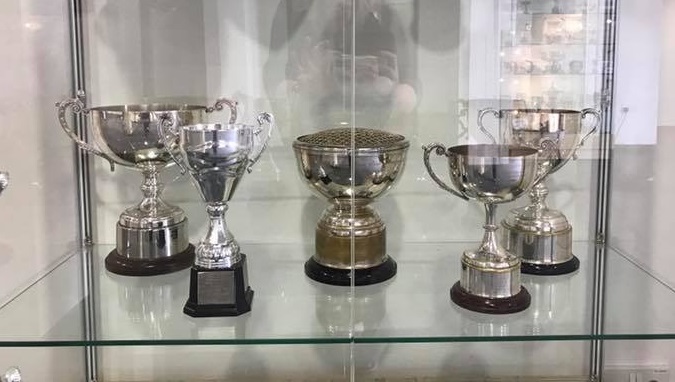 The test piece was a Gilbert Vinter composition Symphony of Marches written in 1963 as one of a series of pieces by that modernised the Brass band repertoire combining vibrant colours and moods, exploring new textures, new ideas and technical challenges but with plenty of great tunes.

The success comes with an invitation to the national Brass Band finals at Cheltenham racecourse in September and then promotion to the northern championship section for 2020 with Andrew Warriner continuing his enjoyable and meticulous preparations. Players rehearse at the rural auction mart at Junction 36 and travel from Carlisle, Penrith West Cumbria, Barrow and north Lancashire. The band takes part in other competitions during the year and gives occasional performances such as the annual fund raising Christmas concert at the auction mart.