Earlier this year Cumbria’s Museum of Military Life in Carlisle Castle reached out to veterans of Afghanistan in a bid to add a more contemporary record to its already extensive archive to ensure Afghanistan is not forgotten.

A team of veterans have now come together to form a thought provoking exhibition which they have named – Blood, Sweat and Tears – Afghanistan, The Untold Story.

The exhibition opens on 20 May and is not just about guns and bullets. The Museum wanted to record the ordinary person’s experience of Afghanistan.  How did they cope with the weather, the daily life and routine, kit, equipment, food, accommodation and of course the humour. A grant towards the funding for the exhibition has come from the Armed Forces Covenant Trust who support the Armed Forces Community.

The Museum and veterans have worked together to provide a backdrop film of oral recordings for the exhibition as well as contemporary archive. Their recollections have been filmed, recorded or written down and this exhibition, based on mutual discussions is the culmination of their work and seen through their eyes. 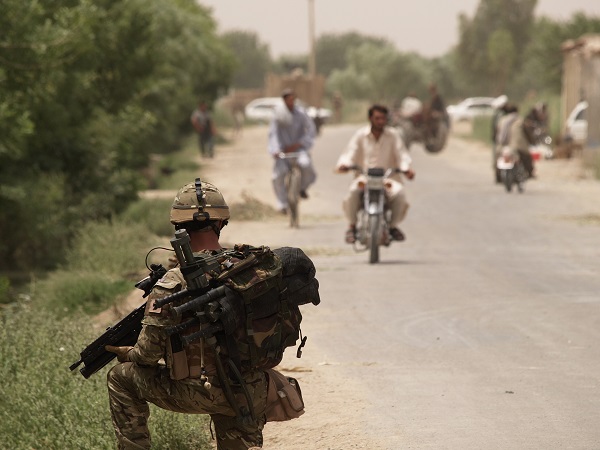 Rob said: “All water was bottled and due to the heat and no fridges – we drank hot water for 6 months!  It was one of the greatest experiences of my life – for good and bad reasons.  I’m glad I did it, but I’d not enjoy doing it again!”

The exhibition features poignant thoughts from veterans including Rupert who wrote: “On most days we put ourselves in harm’s way as we patrolled the hostile streets and fields within our area of responsibility. It was lethal, hot, challenging, exhilarating and highly dangerous all in equal measure. Our mission as British Forces was to support the government of Afghanistan by defeating the Taliban. My personal mission was to bring 120 young men in my command home safely. I failed in both missions.”

Jules Wooding, Learning and Access Officer at Cumbria’s Museum of Military Life said: “The British Army have had a long connection with Afghanistan having fought in four conflicts over the past 180 years with many lives lost.  Blood, Sweat and Tears gives an insight into the lives of those that were recently there.  From ammunition to ablutions, solar showers to spiders, camp cots to combat medics. It is important to understand how our armed forces lived and worked in a hostile climate, where conditions were harsh and the terrain unforgiving.”

Blood, Sweat and Tear – Afghanistan, The Untold Story opens on 20 May until 4 September