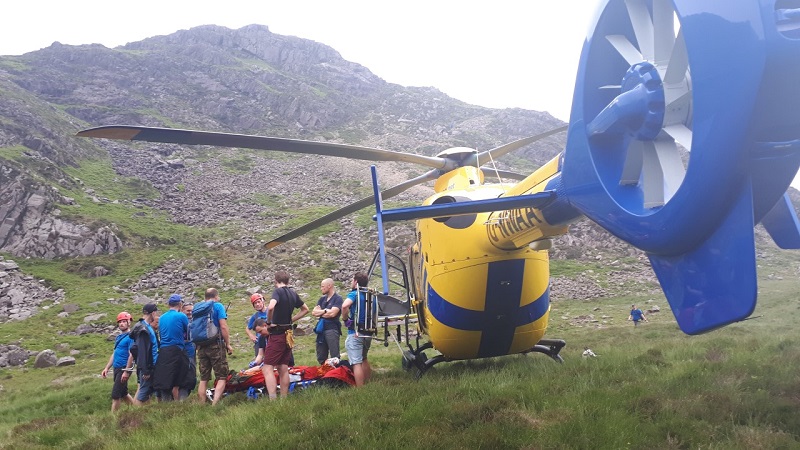 The Team was requested to assist a 67-year-old male walker who had fallen whilst descending from High Crag to Scarth Gap, above Buttermere. The casualty had multiple wounds and due to the mechanism of injury, support was requested from the North West Air Ambulance.

Fortunately, the team were in Loweswater preparing to celebrate the 60th Anniversary of former Team Leader Jim Coyle. So, when the callout came through, festivities were temporarily postponed, and the Team headed down to Gatesgarth. 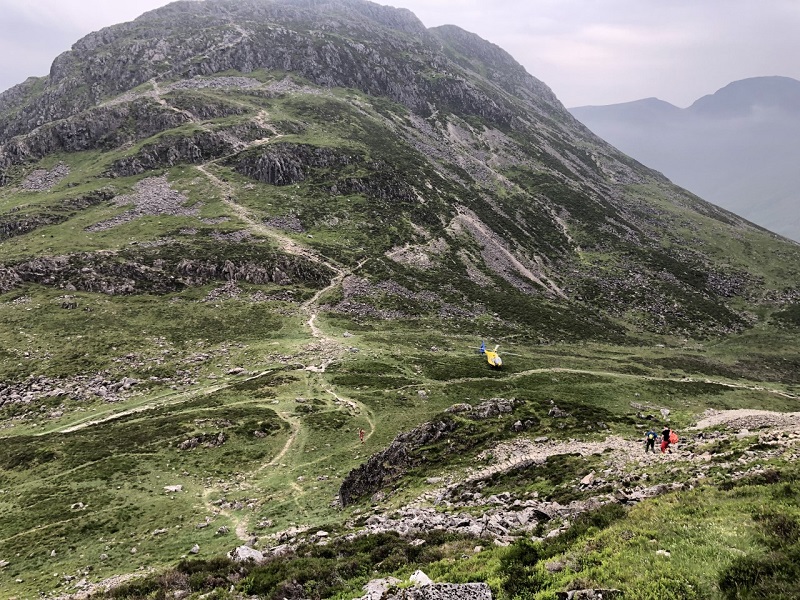 The first team members were on scene shortly before the North West Air Ambulance arrived and the casualty’s injuries were treated before he was transported via stretcher to the helicopter waiting at Scarth Gap. He was then transported to the Royal Preston Hospital for further treatment.

Twenty three team members attended the callout, which was the 28th of the year and lasted just over two
and a half hours.

Team Leader Andrew McNeil said: “Once again, it was great to work with the North West Air
Ambulance, they made a potentially long and arduous evacuation much better for all concerned.
We hope the casualty makes a speedy recovery.”