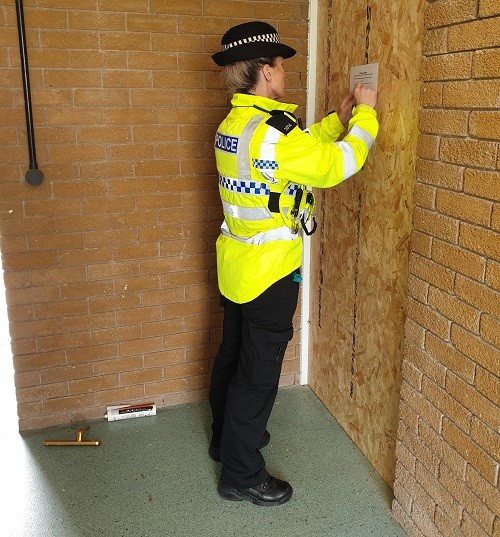 The closure was in relation to an address in Headlands Close in St. Michael’s Ward, Workington that had caused significant detriment to the local community for a number of months following disorder, offensive and criminal behaviour on the premises and serious nuisance to the public.

The premises is closed to all for three months. Any persons entering will be subject to arrest and possible conviction with a sentence of up to 6 months imprisonment under sec 80 of the Anti-social Behaviour Crime and Policing Act 2014.

Sgt Mitch Franks from the Allerdale Local focus Hub said: “This is the second such order in the last week to combat disruptive tenants who cause misery to the local community and we are pleased that the courts have seen fit to order the closure.

“I am delighted with the partnership work conducted between the Housing association and Cumbria Police through the Local Focus Hub that resulted in this closure.

“The closure follows on from a successful warrant to combat drug misuse in the town earlier in the week and we will continue to work hard to make the community a vibrant place where people can live, work and visit in safety. The work being conducted sends a strong message to the community that the Local Focus partnership are listening and will work to deal with problems that blight the community.

“If anyone has any information that they wish to provide to the police or any of the partners in the local focus hub where they feel detriment is being caused to the community by individuals then I would urge them to contact us via 101, Crimestoppers or through your local neighbourhood policing officer and Community Support Officer.”