A mum-of-two from Carlisle is kicking off summer in style after winning £100,000 on a National Lottery Instant Win Game.

Karen Lucock, 56, initially thought she had scooped £100 until she realised she had misread the figure on her screen.

Karen, who has two sons aged 26 and 29, said: “When I saw I’d won, I called straightaway to claim my prize, which I thought was £100 – it wasn’t until Camelot told me the real figure that I realised how much I’d won!

“I couldn’t believe it when the lady on the phone told me – my heart was pounding and I kept asking her to repeat it back to me. I told my sons who were with me at the time and we were all just in complete shock.”

Karen, who is also a grandmother-of-two, plans to share the money with her close family, before enjoying the rest with her husband, John.

The couple have booked a family staycation for later in the year to celebrate. The win also means John, who works as a delivery driver, is able to retire early from his job.

And the win was made extra special, as Karen combined her exciting news with seeing her 91-year-old mother for the first time face-to-face since the beginning of lockdown.

Karen added, “First on our list is making sure we help out those close to us – I was able to tell my mum in person which made it extra special. She’s told us she doesn’t want any of our winnings, so we’ve compromised on buying her a new dishwasher! And my mother-in-law will also only take £20 off us!

“The win also means that my husband can retire two years earlier than he would have done – he’s been working so hard, especially over the last few months. I’d also recently decided to leave work at Carlisle United Football Club, so this win now allows him to put his feet up that bit sooner with me.

“After months of being cooped up during lockdown, it’s amazing to have such unbelievable news and, even better, we can actually go out and spend it now that restrictions are beginning to ease!”

Thanks to National Lottery players, up to £600M is being used to support charities and organisations affected by the impact of the coronavirus outbreak across the arts, community and charity, heritage, education, environment and sport sectors.

This includes up to £300M in funding support from the National Lottery Community Fund which will be used over the next six months to help groups best placed to support people and communities through the crisis – from helping support food banks to causes that combat loneliness and isolation, support for the elderly and projects that aid health in the community. 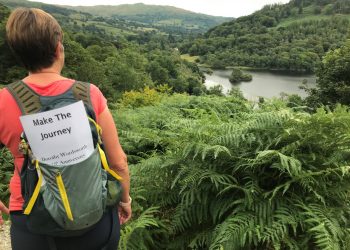 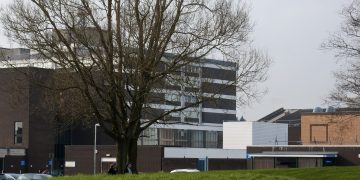 A woman who was injured in an incident involving a ride at a Barrow festival is no longer in a...