A PATIENT who bit and injured a police constable while behaving violently at the West Cumberland Hospital has been sentenced by a judge who branded his conduct “disgraceful”.

Help was requested as staff treated 30-year-old David Lewis Aitken after he was admitted during the early hours of April 13.

Carlisle Crown Court heard Aitken became “volatile, aggressive and erratic” during an 80-minute incident described as “prolonged” and “distressing”. After falling and hitting hit his head, he lapsed in and out of consciousness several times while swearing and making concerning comments.

While flailing his arms around, he caused blood from a cut to be “liberally spattered all over the treatment room”, resulting in damage to a diagnostic machine and ceiling tiles which had to be deep-cleaned.

Aitken then sank his teeth through the trouser leg of one PC, breaking the skin just above the knee and causing him to become a hospital patient himself. He required tetanus and booster shots, later describing his attacker’s conduct as “disgusting” and “out of order”. Aitken also lunged as a second officer and threatened to bite him, and was Tasered three times with little effect.

He admitted two emergency worker assault charges and criminal damage, and was sentenced this afternoon (TUES).

The court heard Aitken, of Melbreak Avenue, Cockermouth, had very little recollection of the incident due to ongoing physical and mental issues. Currently working in a local pub, he had since taken full responsibility for his actions and wished to apologise to the officers involved.

“That was disgraceful behaviour on your part,” he told Aitken. “It was – and no doubt continues to be – an extremely upsetting memory for the police officer. In particular because at the time he didn’t know if you were contagious with anything that may have been spread with the breaking of that skin.”

Ordering Aitken to also pay the PC £250 compensation, Recorder Rankin added: “It doesn’t reflect the damage done to him, physically or mentally, but it is designed as a reminder to you as to how unacceptable it is to do such a thing to a police officer who was there trying to assist you.” 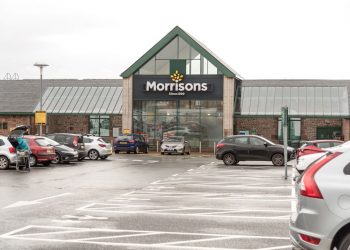 Man arrested after ‘chasing people’ with axe in Penrith 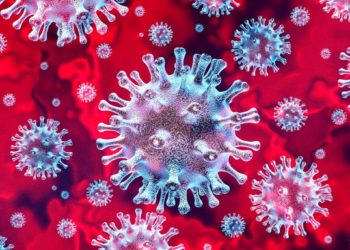 Coronavirus in Cumbria: Six areas with the highest infection rate 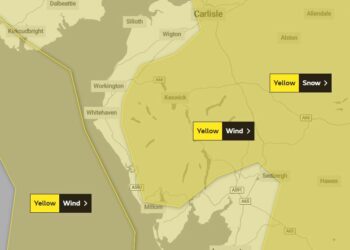 Weather warnings for snow and wind as Storm Barra approaches

Get ready for Taste Cumbria Christmas in Cockermouth

Workington Reds’ chance to go top of the table

Scouts look back over 2021 experiences

MPs urge for lessons to be learned after Storm Arwen 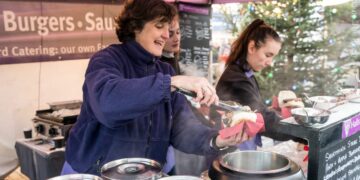 Get ready for Taste Cumbria Christmas in Cockermouth

Visitors can eat, drink and shop until they drop in Cockermouth this weekend when the Taste Cumbria Christmas market comes...

Workington Reds’ chance to go top of the table

Scouts look back over 2021 experiences

MPs urge for lessons to be learned after Storm Arwen