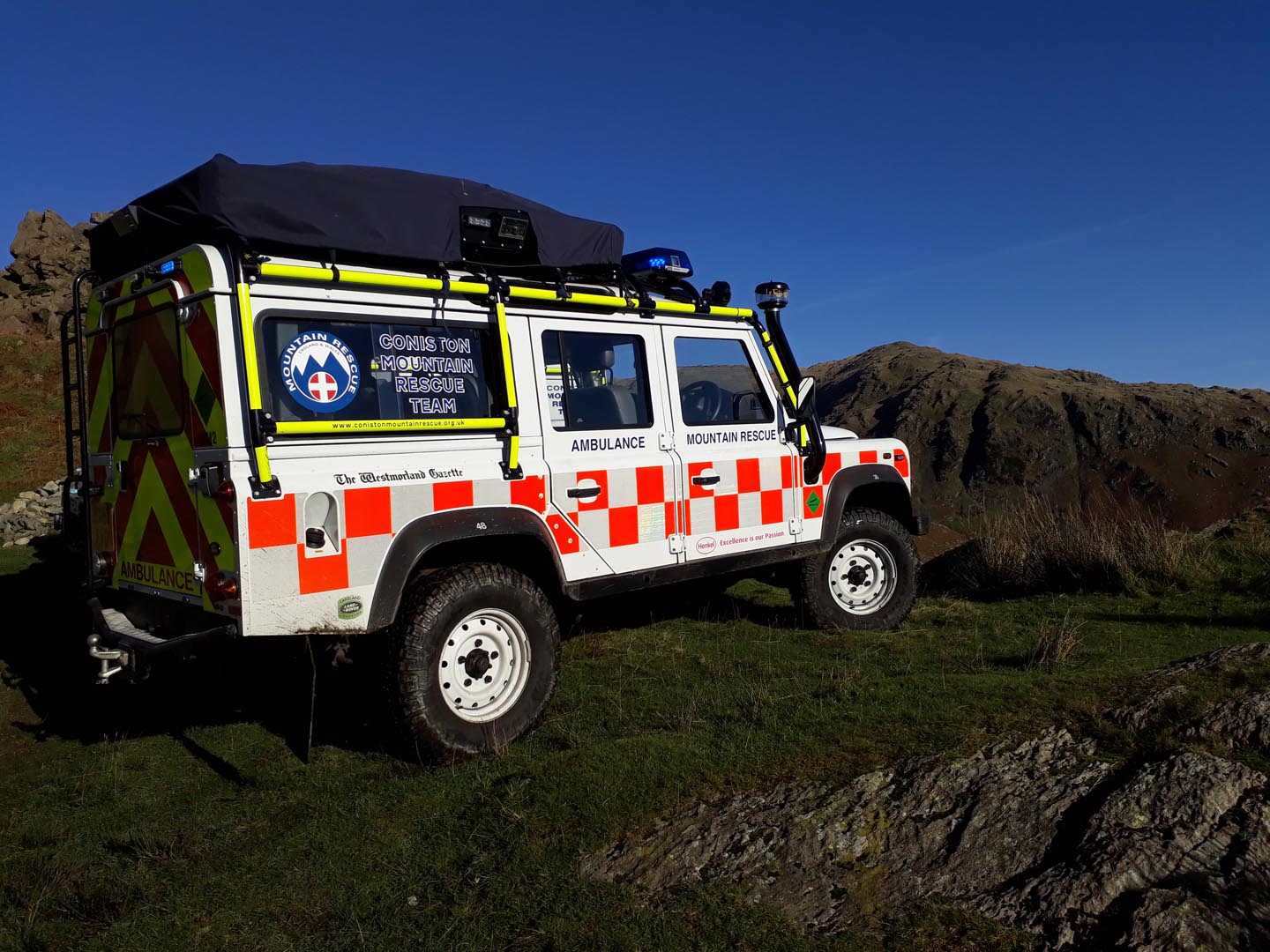 Two callouts for a Cumbrian mountain rescue team yesterday have prompted a call for people travelling to the Lake District from Tier 3 or Tier 4 areas to walk or climb  are putting people’s lives at risk.
Coniston Mountain Rescue Team was called out at around 3.25pm yesterday to Dow Crag by Cumbria police to help a solo climber who was stuck.
The climber had no climbing gear with him, the team said, and had climbed past some ice and saw more above and so called for help.
Two team members were on the next hill, and were quickly at the bottom of the crag.
Because daylight was fading, the team requested assistance from a HM Coastguard helicopter.
It arrived and due to concerns over the downwash from the helicopter blowing the climber off the crag, the crew had a practice on a nearby crag first.
It took just over three hours to rescue the climber and 17 volunteer members attended.
As the team were gathering for the first incident, they received a call for a second incident on the lower slopes of the Old Man, close to Bursting Stone quarry.
A woman had fallen near Boo Tarn and hurt her ankle.
She had self-administered some pain relief before we arrived, was assessed and carried by stretcher  to the team’s vehicle. She was then returned to her party’s vehicle for onward transport to Lancaster hospital.
Ten volunteer members attended this incident, which took around two-and-a-half hours.
This morning, the team put out this message on Facebook:
“In line with other Lake District Mountain Rescue Teams, we have again been called out to rescue people who should not be here.
“The whole country is in the middle of a pandemic and there are restrictions on what you can do and where you can go.
“If you are in a Tier 3 or 4 area you should not be travelling except for work and other essential reasons.
“Going for a walk in the Lake District is not one of those reasons, unlike the first lockdown, you are not allowed to travel for exercise.
“People travelling to walk and climb in the Lake District are putting lives at risk, and not just their own.
“If you have the virus and have to be rescued every member of the rescue party will have to isolate for 10 days, this will prevent those team members from coming to the aid of other people in distress.
“If any of the team members then become ill or even test positive then other members of their families will then have to isolate, some of those people are NHS workers who will no longer be able to go to work and look after patients.
“We are not being elitists, we are not trying to keep the hills to ourselves, we are trying to look after each other and do our bit to try to control this terrible disease.
“It does not matter whether the government rules are legally enforceable or not, if everyone had followed the rules this situation would have been under control many months ago and we would not be in the situation that we now find ourselves in where thousands of people in the UK have died unnecessarily.
“Cumbria police has already fined people that we have had to rescue in recent days for travelling here from Tier 3 areas of Lancashire.
“Please stay at home if you are told to, it’s very simple.”
ADVERTISEMENT