Police are searching for a man who has been reported missing.

Cumbria Constabulary is concerned for the welfare of John Parr, 64, who was last seen in the Frizington area at about 6.45pm on February 25.

He is described as white, 5ft 6in, with long grey hair tied in a ponytail, a grey moustache and beard.

He was last seen wearing a green sweater.

A police search is currently ongoing, which has been supported by a National Police Air Service helicopter.

Anyone with information on John’s whereabouts is urged to contact police on 101. 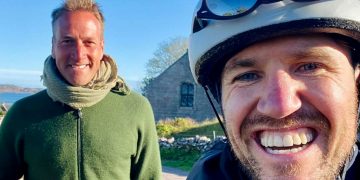 A Kendal-born entrepreneur will complete a four-month charity challenge in his home town later this month.