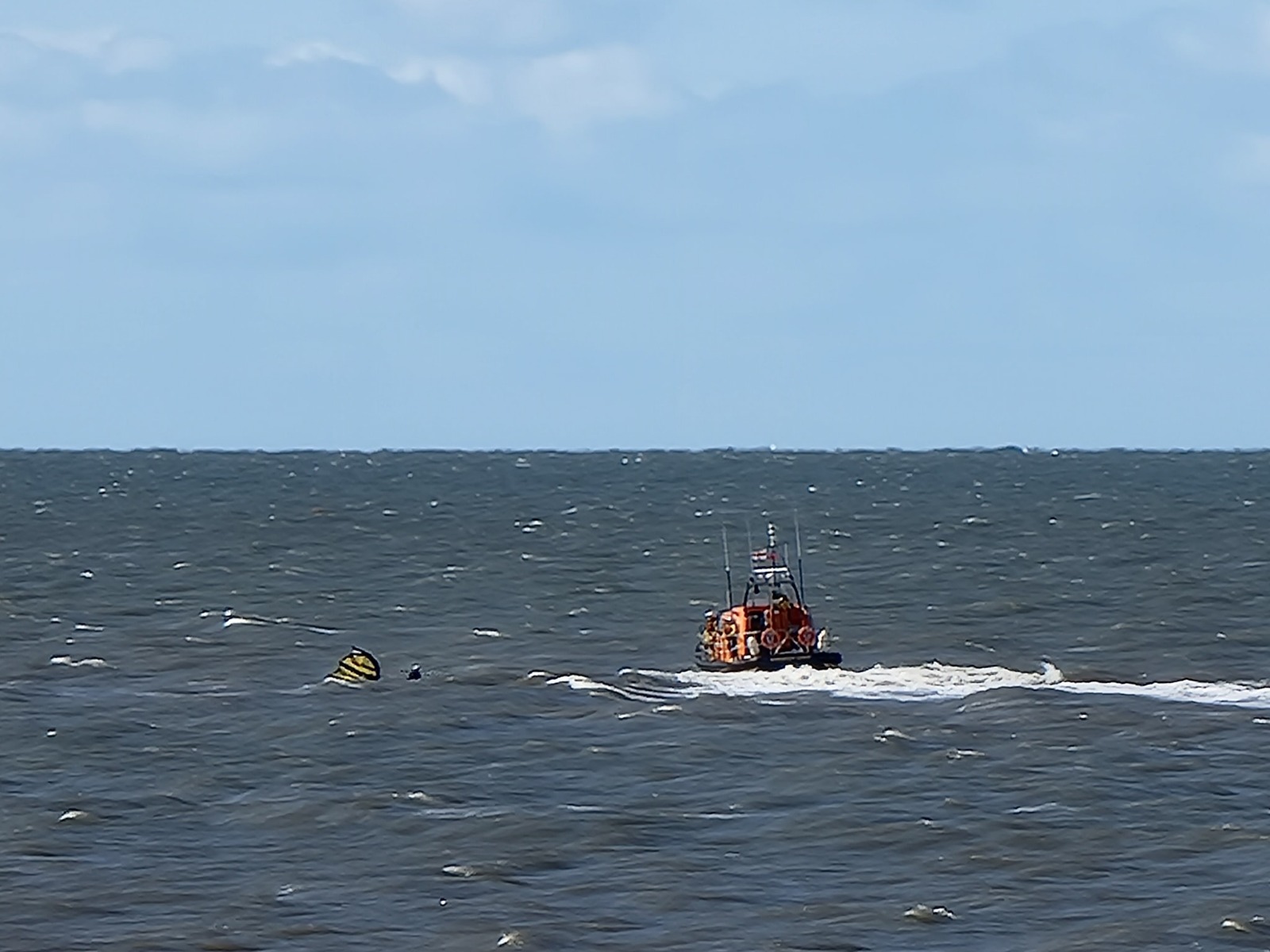 Workington RNLI was called out this morning to help a kite surfer after reports they had got into difficulty in the sea.

The volunteer crew assembled and launched all weather lifeboat Dorothy May White at around 11.30am.

The volunteers were alerted by Belfast Coastguard after members of the public had called with concerns that the surfer had fallen into the sea and was not able to get back on their board.

Crew spoke to the kite surfer, who was okay but having a rest.
The crew made sure he made it to the shore without incident, where Whitehaven Coastguard Rescue Team and Maryport Coastguard Rescue Team were waiting.
The kite surfer was safe and well and the ALB returned to the station at around 1pm.
Tim Chittenden, operations manager at Workington RNLI, said: “We are grateful to the members of the public who saw the kite surfer and reported their concerns and we are pleased he was okay.
“The RNLI would like to remind people that if you are venturing out to sea, it would always be advisable not to be alone.”
previous post

Workington’s Plaza Cinemas will not reopen

Four Cumbrian towns in 20 most affordable places to live

Multi-million-pound hotel near Carlisle due to open soon