The National Trust is embarking on one of its most ambitious river restoration projects to help flood-hit communities in the Ullswater valley and restore dwindling populations of wildlife.

The project, which has been in planning for 20 years, will see a stretch of river moved from its current course alongside a main road into the Lake District and re-meandered, creating a series of bends and smaller channels that will reduce the risk of flooding.

Homes and businesses in the valley have been devastated by floods in recent years, including during Storm Desmond in 2015 when houses and hotels were submerged, bridges collapsed and key infrastructure, including the A592, undermined.

Storm damage, landslides and flooding are set to become common occurrences and more widespread in the north of England by 2060.

Led by the Riverlands programme, a partnership between the National Trust and the Environment Agency, the scheme will reverse historic changes to Godrill Beck which have artificially straightened the river channel, meaning it is quickly overwhelmed by water.

Instead, project organisers aim to reconnect the beck with a floodplain, slowing the flow of water and allowing the wider landscape to absorb the effects of the Cumbrian weather.

Allowing nature and wildlife to thrive

The works will also create new and complex habitats to allow nature and wildlife to thrive, including the river’s Atlantic salmon population, wading birds and reptiles.

The project is being delivered jointly by the National Trust and Environment Agency with the support of a number of partners including the National Trust’s tenant farmers, Natural England and Cumbria County Council.

Historic changes to the course of Goldrill Beck, which runs adjacent to the A592, have created a waterway that responds rapidly to rainfall.

Man-made embankments are in poor condition and concentrate the force of the water onto the retaining wall of the A592, regularly flooding the key access route and increasing the risk of damage to the road.

After Storm Desmond, the project at Goldrill Beck was identified as being key to protecting the A592 from future flood damage.

National Trust Riverlands project manager Rebecca Powell said: “Over many hundreds of years the rivers in the Ullswater Valley have been straightened, initially for land reclamation and then more recently to protect that land from the impact of these modified river systems.

“These interventions have disconnected rivers from the surrounding landscape and resulted in channels which are highly efficient in transporting large volumes of water, gravel and natural materials downstream quickly.

“This then undermines defences and causes catastrophic damage to local infrastructure, farmland and local communities.

“We’ve been working with partners in Ullswater for decades to explore options for increasing flood resilience in the valley. The National Trust looks after 18km of riverbank in Ullswater and has spent over £50,000 in the last five years rebuilding breaches in walls. Despite our best efforts, nature continues to reassert itself and defences regularly breach.

“Recent flood events and the impact these have on land, habitats and people who live, work and visit the area have emphasised the need to work with nature, rather than against it, and explore sustainable solutions for managing the valley’s waterways.

“By reconnecting Goldrill Beck with the land that surrounds it and accommodating natural processes by removing old defences, we’re equipping the river to manage the future impacts of climate change and extreme weather events.”

Contractors Ebsford Environmental have this week moved onto the site in preparation for the work to begin at Goldrill Beck in May.

During the course of the six-month project, 1.8km of the beck will be restored through a combination of re-meandering and embankment removal.

The beck will be moved away from its current course, adjacent to the A592, running instead through the lowest point of the valley bottom where a series of bends will be reinstated, creating a sinuous channel with a number of small sub-channels downstream of Cow Bridge, Hartsop.

This will be coupled with a series of embankment removals along the beck edge down to Menneting Bridge, restoring a natural flooding regime across the land, slowing the flow of water downstream during flood events and allowing more to be absorbed by the landscape, creating varied and traditional floodplain habitats.

This will create a traditional floodplain grazing meadow, allowing the land to remain farmed. Working with farm tenants, the trust also hopes to restore wetland habitats as part of the project including lowland fen and wet woodland which provide a home for a variety of breeding waders, reptiles and other wildlife. 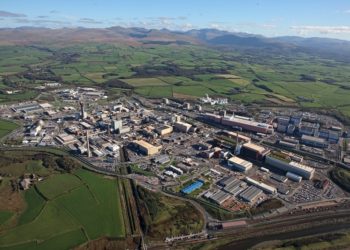 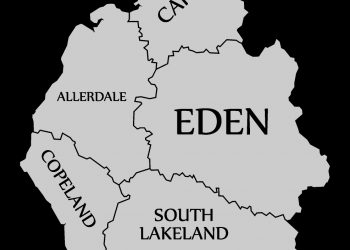 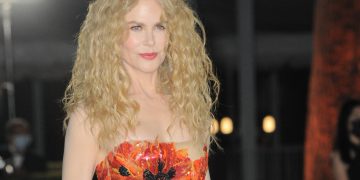 Nicole Kidman has donated £10,000 to three dads who are nearing the end of a heartbreaking charity walk.