The UK’s only national rock-climbing club for women is celebrating its centenary with an exhibition in Cumbria.

The Pinnacle Club has over 20 members in the county and has opened the exhibition at the National Trust’s Sticklebarn in Langdale on July 24.

One of the club’s members members is Gwen Moffat, of Penrith, who in 1953 became the first British woman to qualify as a mountain guide.

As the club’s longest standing member – she joined in 1949 – the 97-year-old officially opened the exhibition with the club’s youngest member Milena von Muhlen, 27.

The event also coincides with the 60th anniversary of the publication of Gwen’s autobiography, Space Below my Feet.

The opening of the exhibition also saw the premiere of the film Journey to Jagdula, which draws on archive footage of the 1962 Jagdula expedition, in which six Pinnacle Club members climbed Lha Shamma (6,412m) and six other unclimbed Himalayan peaks and mapped part of a remote and previously unexplored region.

The film includes recent interviews with the two surviving members of the expedition, both still club members – Denise Evans and Josephine Peacock (then Scarr).

Josephine’s account of the expedition, Four Miles High, has been republished by the Club as part of its centenary celebrations and was officially launched at the event.

Other club members who attended the event included Stella Adams and Alison Cairns, of Kendal, who joined in 1979 and 1985 respectively and Mandy Glanvill and writer and fell-runner Julie Carter, of Keswick, (joined 1986 and 1994).

Gwen, Stella, Alison and Mandy are among 24 club members whose life stories have been recorded and preserved for posterity in the British Library Sound Archive in London, as part of their first dedicated oral collection on rock climbing.

The exhibition, film and oral recordings were made possible thanks to a grant from The National Lottery Heritage Fund, which has enabled the club to bring to life and protect 100 years of its history.

Noelle Godfrey, a club member since 2014 who has worked with the National Trust and the Mountain Heritage Trust on the exhibition, said: “The Lake District is an important place in rock-climbing history, so it’s fitting that the Pinnacle Club exhibition and the film premiere took place here.

“We hope that all those who pass through Langdale over the next few months will enjoy finding out more about the club and find our story interesting and inspiring.”

The free exhibition will then be open during normal Sticklebarn opening hours until November 14.

Tom Rumsey, programming officer from the National Trust said: “We are delighted that the Pinnacle Club have chosen the Sticklebarn as the location for their centenary exhibition.

“We look forward to welcoming members of the public to find out more and be inspired to go and enjoy the stunning hillwalking and rock-climbing in beautiful Great Langdale and beyond.” 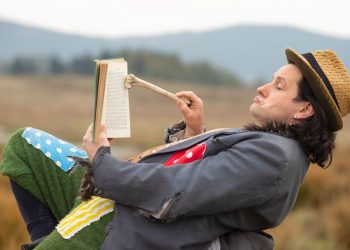