Carlisle Cycling Association have received a donation of trophies won in the 1950s and 60s by a star of the sport.

Alex Hendry was a professional cyclist who rode for Scotland and Great Britain and won many races on both the road and track in his prime.

The largest trophy is The Hope Trophy, which was more commonly known as the Keswick Cup.

This was presented to Keswick Sports in 1949 by Lieutenant Colonel P. M. Hope, to be awarded to the winner of the three-mile grass-track cycle race which was regarded as the unofficial British championship by cyclists at the time.

The trophy was given to Alex Hendry in perpetuity in the early 1960s after he won the race three times. The smaller cups were also won for grass-track racing at Penrith Gala in the mid-50s to early 60s.

The cups were donated by Alex’s son – also Alex – when he read about the forthcoming Solway Coast Festival of Cycling which is to include grass-track racing.

Alex says that he feels his father would approve of the trophies coming home to Cumbria and being used for their original purpose again.

CCA Secretary, Fiona Graham, said grass-track cyclists race on track bikes with no brakes and a single fixed gear and that this traditional form of racing was once common at local sports events.

Now it only continues at Ambleside Sports and Egremont Crab Fair, though it remains popular in other parts of the country, notably the South East of England and at Scottish Highland games.

Fiona said that when the opportunity arose to run some racing as part of the new Solway Coast festival at Silloth, it was too good a chance to pass over.

She said: “We’re starting fairly small this year but hope that we can build on things in future years and help preserve grass-track racing alongside the other traditional sports that are still enjoyed in Cumbria.”

The Solway Coast Festival of Cycling takes place this Saturday, September 11, from 10am to 4pm, with the grass-track racing starting at noon.

As well as the formal races there will also be the opportunity for children to try out the track on their normal bikes.

Fiona added: “We’re really grateful to the Hendry family for the donation and it’s been fantastic to talk to Alex about his dad’s achievements and the races of the past.

“We’ve been amazed by the support of the grass-track community around the country, and also of local people.

“I’d like to thank everyone who has helped to get the racing, and the wider festival, off the ground, especially Bob McLean of Beacon Wheelers cycling club who has been involved in grass-track for decades and has been a huge help.

“We’d also like to thank all our helpers from various local cycling clubs, Allerdale Council and Silloth Town Council.

“We are also grateful to the businesses who have sponsored us – Bespoke VeloTech of Maryport, Macmillan Roofing Services of Dumfries and The Blue Dolphin Cafe, Silloth.

“Establishing a new event is costly and we really value their help. If anyone else would like to contribute and help preserve the traditions of the past  whilst encouraging riders of the future please contact me. We hope to see lots of you on The Green on Saturday.

“We may be starting with a small field this year but it’s a high quality one which includes past and present national champions so come along and watch, and try out some of the other festival activities too.” 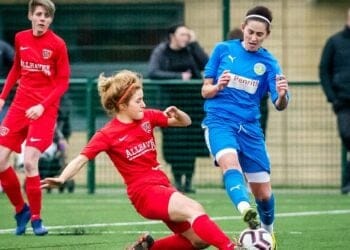 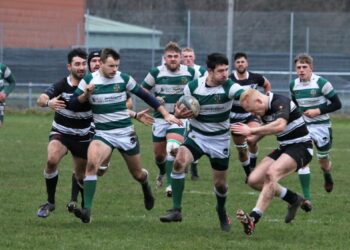 Penrith’s woes continue on the field 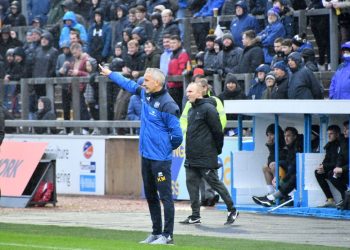 The Cumberland Amateur Rugby League will be contested by 14 teams this coming season, with a First Division comprised entirely...