They travelled down the M6 to face the last team they played before the COVID lockdown. Both teams were relegated from the North One West division so the Keswick players they would be in for a tough battle.

Warrington started the game strongly, using their big pack to drive the ball up through the middle, leading to a converted try after five minutes from the forwards.

As in the first game of the season against Cockermouth last week, Keswick were giving away soft penalties early on and conceded one in a kickable position for Warrington to extend their lead to 10-0.

This was the signal for Keswick to tighten-up their game, making better use of forward drives, tactical kicking and wider play, all to good effect.

The game then evened out with Warrington coming back and kicking a penalty before Billy Thompson replied likewise for Keswick taking the score to 13 – 8.

Just before half time Billy Thompson finished off an excellent set of drives by the Keswick forwards spotting a gap and nipping in under the posts for an excellent team try which he converted himself to give Keswick a half time lead of 15-13.

Warrington came back into the game strongly in the second half earning penalties and taking the lead back at 19-15with two successful kicks.

This galvanised Keswick, who kicked for position to gain a line-out five metres out which was cleanly caught and driven.

The Warrington forwards infringed off-side and pulled down Keswick’s drive close to the line and a penalty try was awarded. The lead was back with Keswick at 22-19 and this was extended a few minutes later when Billy Thompson kicked a penalty.

The final ten minutes were tense as Warrington fought back to try and grab a late win. Keswick’s defensive effort was spearheaded by captain George Holme who led by example, putting in some great tackles.

The team held out for eight minutes of added time to record a deserved victory and now have a rest weekend before hosting unbeaten Rochdale who narrowly beat Cockermouth yesterday. 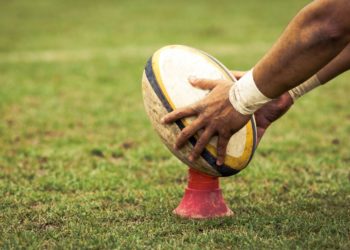 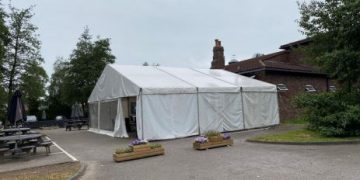 Plans have been revealed for a new beer garden at a pub in Carlisle.