Carlisle United United-18s play in a competition tomorrow they can’t progress from, so that will influence the thinking of coach Mark Birch.

United’s youngsters travel to Morecambe for the Alliance Cup and after defeats to Rotherham (3-2) and Blackpool (4-2) they can’t go through.

Birch said ahead of the game: “It’s a competition we know we’re out of. That’s disappointing because we always want to progress, and that isn’t possible for us.

“One of the challenges we set the players was to get through the group stage. We haven’t done it, so now we look at the final game in a different way.

“There are lads who haven’t had much game time yet, who might play, and some who have played a lot that we could maybe rest and use through the last 20 minutes or so. We could maybe get some under-16s in to have a look at them, so there are different options for us.”

A number of the Under-18s played in midweek for the reserves when they lost 5-0 to Preston North End, but the experience won’t have harmed them.

Birch said: “The defence at Preston was made up of members of the youth team and there are only gains from having an experience like that.

“There were individual errors, but it’s a step up from anything they’ve been involved with before. They all conducted themselves well, they handled it well and they never gave in.

“You can only learn when you’re dealing with top quality players at such a young age, and we’ll sit down with them and go over what they felt they got from it.

“They’ve now seen that it isn’t just about what these players do with the ball, it’s how they hold themselves and the work they do through the full 90 minutes.

“There’s a constant intensity and they’re always making runs, even if they don’t come off. It was a professional approach from Preston and them doing it properly made it good for our lads as well.”

His under-18s had bounced back from that 4-2 cup defeat by Blackpool to record a 3-0 league win against Bolton.

He said: “At this age, football is all about learning from the bad and the good. Yes, we want to win every game and we want to do well in the league, but at the same time, we have to remember that it is about development.

“The lads need to understand that when they drop below the expectation levels it will never be good enough.

“They’ve set their own standards this year – which are extremely high because they’re an excellent group – so we will do our job and remind them if they let that drop off.

“The best way to bounce back is with a victory, and that was exactly what happened with a solid 3-0 home win over Bolton last Saturday.

“It’s funny how football goes, isn’t it? We went from our worst performance of the season against Blackpool into what was probably the best overall display in the two years myself and Eric have been doing this job.

“Everything from the atmosphere in the changing room to the warm-up, then into the game itself, felt right.

“We took the game to them and within 30 minutes you could see that we’d worn them down. We talk to the lads about being ruthless and we took our chances at key moments, which cemented the way we were playing.

“Being greedy, we could have won by a lot more, so we do use that as another learning tool when we talk about some of the other chances we should have put away.

“Having said that, we scored from set-pieces and we defended those situations much better, so that’s a sign that they’re listening and learning from previous errors.” 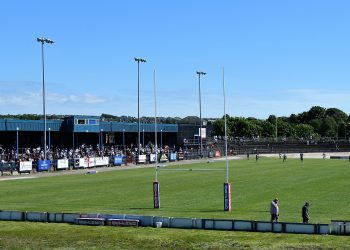 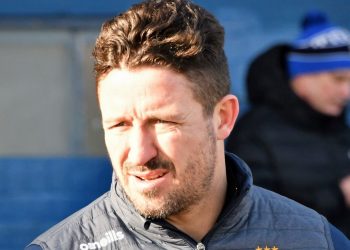 Carlisle United United-18s play in a competition tomorrow they can’t progress from, so that will influence the thinking of coach...