People are being urged to get behind Oxenholme station this week as it competes in a social media poll to be crowned winner of the 2021 World Cup of Stations.

The rail industry’s much anticipated tournament, which is now in its third year, gives people the chance to cheer on the Avanti West Coast station in social media polls for the coveted 2021 World Cup of Stations title.

Over 1,200 nominations for 250 stations were received and now 48 qualifiers go into the 12-group play offs.

Each group of four is categorised by what the stations and local area are well-known for, such as being the gateway for adventure, culture, history, or nights out.

Oxenholme station has been shortlisted in the adventure category, which aims to recognise the best station that is a gateway for experiences, such as hiking or climbing, and is facing competition from Aviemore, Llanbedr and Edale stations.

The Cumbrian station connects into the Lakes Line – a 10-mile branch line from Oxenholme to Windermere – providing a direct link to the heart of the Lake District.

Last month the Avanti West Coast team marked the 175 years since the opening of the Lakes Line, recognising the vital role the railway has played in connecting visitors and the community. The celebrations followed the intercity operator’s partnership with Cumbria Tourism to showcase scenic spots in the Lake District that can be reached by train.

“As the gateway to Lake District by train, Oxenholme station is surrounded by scenic landscapes and offers a clean, green journey option for visitors wanting to explore the region.

“I hope our customers and the local community recognise the role Oxenholme station plays in connecting people to beautiful places and sustainable adventures by voting, so we can go all the way in this tournament.”

The 12 group winners will progress to the semi-finals tomorrow and Friday’s final will see which of the four stations will be victorious at the final whistle.

The competition comes as stations up and down the country are welcoming more passengers back onboard.

The summer saw a huge uplift of leisure journeys to almost pre-pandemic levels with staycationers, daytrippers and shoppers making the most of stress-free travel to arrive at their destinations.

A66 partially blocked due to crash 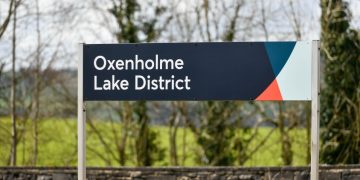 People are being urged to get behind Oxenholme station this week as it competes in a social media poll to...