Chamber steps up campaign for HS2 stops in Cumbria 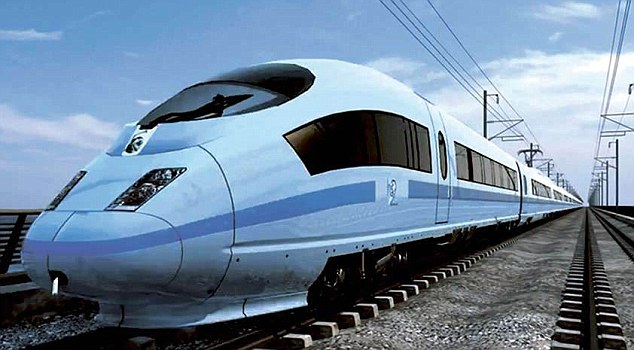 Cumbria Chamber of Commerce is stepping up its campaign to ensure the county benefits from a new high-speed rail link.

HS2 will see trains travelling at up to 225mph on a new high-speed line from London to Wigan before continuing on the existing West Coast Main Line to Scotland.

But under HS2’s plan none of these fast trains will stop at Oxenholme, Penrith or Carlisle, forcing Cumbrian passengers to change at Preston.

Rob Johnston, Chief Executive of Cumbria Chamber of Commerce, said: “This would damage our economy. We would be relegated to branch line status with a second-class service.

“That’s why the Chamber has been lobbying for the last year for HS2 to include Cumbrian stops.

“We’ve enlisted the support of Cumbria’s MPs and engaged with the Rail Minister and Transport for the North, and at long last the message seems to be getting through.”

HS2 is now considering a stop in Carlisle where trains would be divided into Glasgow and Edinburgh portions. Previously, it had been planning to split them at Carstairs in Scotland.

The Chamber is also calling for more direct trains from Windermere and Barrow to Manchester Airport. These could connect with HS2 trains to London at Preston.

He added: “Business travellers don’t want to change trains because they like to be able to work without interruption.

“Visitors don’t like changes because it means hauling luggage on and off trains. And every time you change trains, there is the potential for a missed connection.

“HS2 is a £56bn project to benefit the whole of the North. But Cumbria won’t benefit if the trains don’t stop here. We’d be a backwater with a worse service than we have now.”

Gill Haigh, Managing Director of Cumbria Tourism, said: “With two world heritage sites and increasing numbers of domestic and international visitors, it is unacceptable to see the proposed HS2 service will not stop here.”

HS2 staff were at Carlisle railway station today, talking to passengers, as part of a consultation on the new service.

The high-speed line will initially run between London and Birmingham. The extension to Manchester and Wigan should be completed by 2033.