Westmorland League champions Keswick’s dreams of winning five trophies this season evaporated on a balmy night in Kendal when they were beaten 1-0 by a hard working Kendal United.

It was Kendal who started the better and pushed up the field using their pace to good advantage, and the pressure paid off just four minutes in when referee David O’Callaghan awarded a penalty which Kendal captain Bailey Kenny duly dispatched.

What followed was a frustrating night for the Keswick supporters who had travelled down to the Final, and for the next thirty minutes the pressure was all from Keswick, but poor finishing, mistakes, an isolated Richard Bannister in attack and some very good defending left Keswick struggling to find an answer to Kendal’s slender lead.

Having had the game stopped with three minutes of the first half remaining after referee O’Callaghan was inadvertently floored by powerful blast, the best chance of the first half then fell to Kendal as the ball flashed across the Keswick goal, but this time it was Kendal who failed to convert.

The second half was more of the same, with Keswick repeatedly pressing forwards, but West Lanc’s League Kendal looking dangerous on the counter attack, and solid in defence. Injuries then took their toll with both goal keepers injured: Keswick’s John Phillips played on, but with half an hour to go, Kendal’s Jack Brolly was substituted by outfield player David Crierie who then went on to have an exceptional cameo in the nets.

Keswick defender Sam Reilly also picked up a nasty knock and was hobbling for the final twenty minutes as Keswick kept up the pressure, and Kendal worked hard to resist.

Two late Andy Frampton strikes for Keswick, one an athletic bicycle kick that went just over the Kendal bar, and a close range shot that went just wide of the right post gave hope, but Keswick still couldn’t score and Kendal continued to deal with Keswick’s attacks and pump the ball back up the field.

The late additions of Declan Robinson and George Frampton gave Keswick added impetus, and Lewis Ramsey and David Cooper came on for Kendal as legs tired, but as the clock ticked down Kendal could sense the win, and for nearly ten minutes of added time the well drilled Kendal defence held on, and  the trophy was United’s. 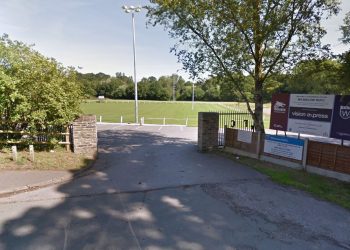 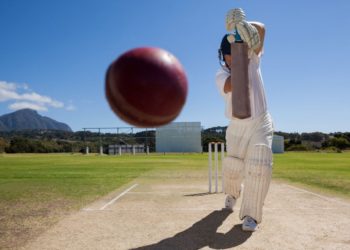 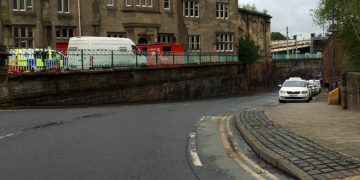