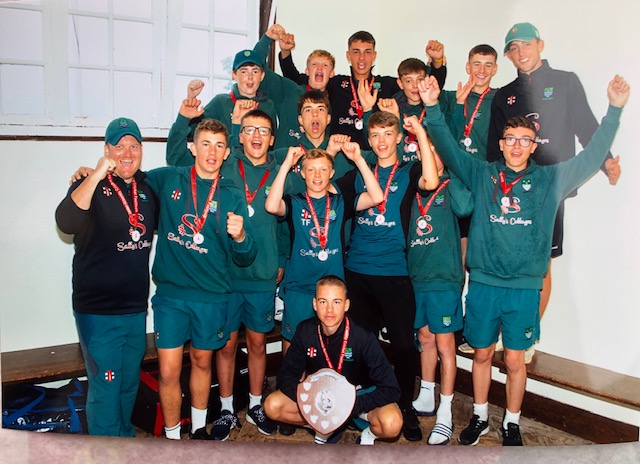 Cumbria U15 cricket side have won the U15 Ampleforth Festival last week, based at Ampleforth College, North Yorkshire.

They won 4 out of 4 games topping the group with 60 points. With every side losing 2 games across the week despite Friday been washed out Cumbria were declared winners after beating first class county Gloucestershire on Thursday in the most exciting game of the festival by losing less wickets after scores were tied at 158 each. The other 3 games were played against Suffolk, Hertfordshire and CCVG (Glamorgan Region)

Head coach Andrew Bryson added “It was a fantastic week for both players and parents after being together for the last two seasons it was great to see all the hard work pay off. A lot will be made of individual performances but like any tournament it has to be a squad effort and everyone contributed highlighted by the superb fielding displays. To have a game that replicated the world cup final against strong opposition in Gloucestershire was the perfect ending”

The U15s were sponsored by Sally’s Cottages an award winning, local, family-run holiday letting agency with over 500 self catering cottages in the Lakes District and Cumbria