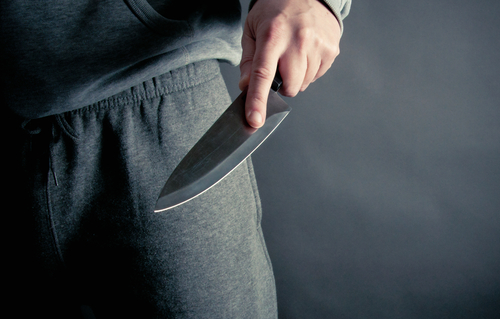 Peter McCall comments: “We need to raise awareness and educate young people on how carrying a weapon, even if the intention is not to use it, is dangerous, anti-social and is likely to lead to a criminal record. Nobody wants to see young people being criminalised but they need to be clear, carrying knives or other weapons, is unacceptable and there are serious consequences if you do.

“Young people need to learn that carrying a knife is not a victimless crime and that by carrying weapons they bring fear into local communities and create an environment where people do not feel safe in the area they live in. It also potentially makes them more vulnerable to serious injury themselves.

“The project will educate and support people who have been apprehended for carrying weapons or who may be on the cusp of being drawn into negative weapon related associations.

“By accepting responsibility for their actions, increasing responsibility and highlighting a greater victim awareness, it is hoped that the participants will think more carefully about their long term futures and be able to set positive targets for themselves that may prevent them from moving into criminality.”

Superintendent Andy Wilkinson said “Initiatives like these are important to make everyone aware of the consequences that carrying a knife can have, even if it not used they could face a prison sentence or face the risk of the knife being used against them.

“We are not complacent and take the issue extremely seriously and will continue to be proactive in our approach to tackle knife crime. There is absolutely no reason for people to carry knives in Cumbria to make themselves feel safer.”

Jane Wignall from Resource Creatives comments: “Our programme has been created in response to Cumbria Constabulary identifying a rising need to address issues related to knife crime in Cumbria.

“We are delighted that Cumbria Police and Crime Commissioner has funded our project and it is our aim to deliver this around the county as a preventative intervention.