A Whitehaven woman hopes that an event she has organised will help to start a conversation about a subject rarely spoken about.

Inspired by the shocking events of the Sarah Everard murder in March last year, Lauren Coan, 23, decided she wanted to start a conversation about the safety of women in her home town.

Walking Without Fear has been organised with the support of local charity Women out West and will see walkers travel from the Solway Hall in Whitehaven to Moor Row and back again tomorrow to raise money and awareness to tackle the issues faced by most women.

“The Sarah Everard case made the problem feel too close to home for many women. There were a lot of discussions around women’s safety and I was thinking what can we do to help in the local area,” said Lauren.

“I live in Liverpool for university and you have that community in Liverpool where people get together to do things like a march.

“I wanted to start a conversation and get people talking generally about the safety of women. After the Sarah Everard case, we had the UN report that showed that 97 per cent of women aged 18-25 had been sexually harassed.

“That’s probably not always often what people think like a sexual assault, but it happens every day and it happens to every single woman.”

Lauren believes the perpetrators often don’t recognise the impact of their actions.

“It can be something like sexist remarks or something inappropriate and they won’t see it as much. It could be being grabbed in a bar,” she said.

“I remember in school boys would grab you and you were just told to get on with it.”

The Sarah Everard case sparked an explosion of debate around women’s safety, but the issue is not a new one.

“I think it has always happened, always always,” said Lauren.

“Speaking to older generations of women some of them are shocked that things like this still happen. They thought society would have evolved.

“I think people now feel more comfortable to speak about it and I think it is getting better but we are not there yet.”

Lauren has a message for anyone considering doing anything that may make someone feel uncomfortable.

“You have to take a step back and ask yourself why are you doing this. If you are walking along the road and you wolf whistle, what do you think will come from that? she asks.

“It tends to happen when people are in groups and one person says it and others think I will say it too. People need to think what will they get from it and how will that affect the person.

“I hate saying it but I feel it is the only way, would you want your mum or sister or daughter to go through that?”

People taking part in the event can meet at the Solway Hall in Whitehaven from 7.30pm tomorrow.

Walkers will set off at 9pm and the route is expected to take about two hours to complete. Anyone is welcome to take part.

Participants can park in the Morrisons car park free of charge.

Money is also being raised to support the work of Women Out West. To donate, click here. 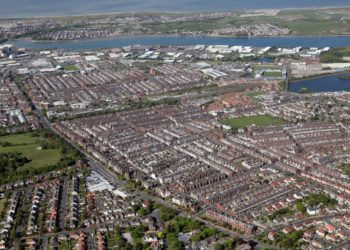 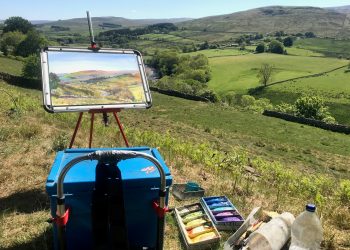 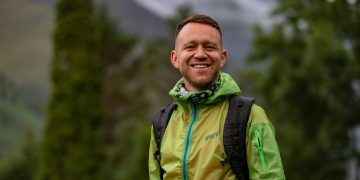 A hiker has set a new record for a self-supported, solo walk of the National Three Peaks.