Workington are bringing back professional Lahiru Dilshan to the Valentine Ground next season.

Not an eye-catching amount but it was his other contributions around the club which made him a popular choice to recruit for 2022.

Skipper Matt Lowden said: “You’re always nervous when it’s your turn as captain to choose a professional, because a lot of time and investment from the club comes into play.

“You want the pro to be successful both on and off the pitch and although cricketing ability matters, at Workington we prefer strength more on the side of coaching and social visibility around the club because bringing on our juniors is the most important thing for the club to be sustainable.

“If you look at the majority of the lads at the club they have started off at Workington and have not been poached from other clubs which is something we are proud of given the success we’ve had.

“Lahiru has been brilliant on and off the pitch this year, for someone who is only 22 and never travelled on a plane before.

“He has really got stuck in and made his impact in the team and on the club. We’ve got some more ideas for him next year to be more involved with the coaching of the juniors now that he’s comfortable with the club and we have broken down the language barrier.

“Not only is Lahiru a great cricketer he’s a great guy as well and so easy to deal with. I wish him a successful season in Sri Lanka and look forward to seeing him next year.”

Workington, who won the Higson Cup, put in a big finish after a rather inconsistent first-half and finished fifth only a point off the top four.

The champions Furness are also bringing back their professional Promod Maduwantha who had an impressive first season in the Premier Division.

The 24-year-old Sri Lankan topped the batting averages with a remarkable 173.60 as he was only dismissed five times in 16 innings.

He also finished second in the bowling averages (10.63) taking 38 wickets, more than anyone else.

Cockermouth have made no announcement yet on their 2021 pro Paul Hindmarch but a club spokesman said  “he has done great for us.”

However one of the top five is having to look for a new professional. Keswick are losing the services of 33-year-old Sri Lankan all-rounder Geeth Kumara after 10 years at Fitz Park.

He has decided to look for a new challenge and although he has had several offers, mainly from Leagues in Lancashire, has not yet made a final decision on his destination for 2022.

Part of the furniture at Keswick, and immensely popular, he will be a hard act to follow. 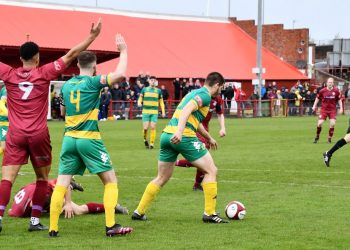 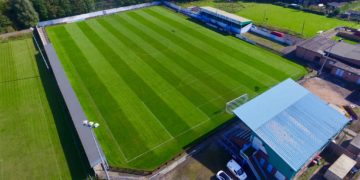 Carlisle City moved through to the second round of the FA Vase with a fine 5-1 home win against Chester-le-Street.