Carlisle hockey club’s women led the way in the latest round of matches with victories for both the first and second teams.

The men, however, had to settle for just a point as the first team drew but the seconds lost a key game 5-0.

Carlisle were dominant from the start with the defensive four of Amy Rush, Kath Illidge, Hannah Pike and Frances Schofield making it a quiet start for goalkeeper Jenny Kirton.

The hosts created numerous opportunities, with Jen Wright and Holly Milbourn not quite able to take advantage

They continued to pile on the pressure though, winning several short corners, which Rebecca Illidge, Lucy Brown and Alice Murray worked hard to convert.

Their efforts were rewarded within twenty minutes when Brown crossed the perfect ball for Wright to collect and give Carlisle the lead.

Sefton then began to create more chances for themselves, and Carlisle worked hard in defence to keep it at 1-0 at half-time.

The visitors upped the tempo at the start of the second half and Carlisle were guilty of complacency, which led to more pressure on their defensive line up.

Sefton began to create chances and 20 minutes into the second half the pressure became too much and Carlisle conceded the equaliser.

Carlisle were struggling to maintain their composure but a spirited word from Wright encouraged them to dig deep with only ten minutes remaining.

This renewed determination paid off when midfielders Murray, Nicky Spry and Jen Bale were able to drive forward and create an opportunity for Esther Stronach to strike from the top of the D and find the net.

The goal lifted the team and for the last five minutes had the determination to hold-off the best Sefton could offer.

The seconds were able to follow-up their win a week earlier with another success, this time 3-1 against neighbours Dalston.

Carlisle started strongly and passed the ball around a keen Dalston team, to keep possession well.

Dalston had some strong defenders but Carlisle managed to get past them and inside left Nic Heeley opened the scoring with a superbly-taken goal.

They had numerous opportunities at short corners and went close to scoring every time, but could not add to their lead by half-time.

With Claire Bastiman operating as sweeper, and a strong defence in front, Carlisle managed to keep Dalston’s forwards from posing a serious goal threat.

Wingers Grace Heaney and Molly Spriggs carried the ball well and continued to probe the Dalston defence for weaknesses, looking to increase the lead.

The second goal followed some good build-up play and it was Blythe Jackson who scored to double the lead.

Dalston responded by using their fast forwards down the wing to try and get in behind Carlisle’s defensive line. It proved a struggle but the back line of Jess Mason, Martha Ord and Debs Dunning managed to keep them out and when they returned the ball up the line Heeley scored her second, and Carlisle’s third goal.

Right at the end Dalston gained a deserved consolation when they broke well to score the final goal of the game.

The Men’s 1st team travelled to play the Morpeth 2nd XI with a number of key players missing so a number of second teamers stepped-up and played their part in a 1-1 draw.

In a competitive first half, Carlisle had a lot of the early pressure with Jamie Snaith, Rob Whiteley and Fred Fairbrass in particular missing a plethora of chances.

However a wonderful combination of attacking play from Snaith and Liam Brown led to the latter giving Carlisle a deserved lead.

Morpeth then ramped up the pressure and as Carlisle continued to rue missed opportunities, the hosts responded with a great strike to put them level at the break.

The second half brought more of the same from both sides as expansive wide play from Andrew Cotter and Alasdair Stapleton exploited spaces with players starting to tire.

Chances were created at both ends, but the valiant defensive work of Ben Meaton and Jonathon Richards, along with the goal-keeping skills of Henry Dunning ensured that the visitors did not concede again.

Man of the Match was Liam Brown for his excellent work rate and general performance.

Top of the league battle

Carlisle Men 2s took on Newcastle 2s at Austin Friars in what was a top of the league battle.

But preparations didn’t go to plan as Carlisle suffered another week of injury worries and unavailability. Last minute illness and unavailability saw the key players of Dunning, Stapleton, Liddle and Brier step up to the first team to fill their gaps.

It meant Carlisle fielded a relatively young and inexperienced side. The forward line had a combined age of 29.

Newcastle were in no mood to take pity and started strongly, pushing deep into the Carlisle half and applying pressure from the start.

Carlisle’s defensive back line of Michael Robinson, Rob Gordon and Mark Paterson soaked up waves of attacks from Newcastle as they probed the circle looking for Carlisle’s weakness.

Supported by keeper Mark Nixon, who commanded his D bravely, the defensive line held strong and initially Newcastle found it hard to score.

They did eventually wear down the Carlisle defence to take the lead and it became a necessity for Carlisle to try and soak up each attacking wave and then respond with quick breaks to move the ball forward.

Andy Bradbury and Henry Sayer worked hard in midfield to find gaps, although few were while wing-backs William Nixon and Andrew Pickett found the visitors were so well drilled they couldn’t cause sufficient problems.

Despite defending manfully, with skipper Gary Tupper now dropping to a forward sweeping role to provide well needed reinforcements, Carlisle were sliced open twice more before the break to trail 3-0

The second half saw Newcastle continue to lay siege to the Carlisle half and the hosts only had minor opportunities. However the young forwards Harry Harland and Robbie Gordon were unable to capitalise on the breaks and were in full retreat trying to keep the score down.

Newcastle added two further goals in the second half to ensure a clear-cut victory which put them top of the table. 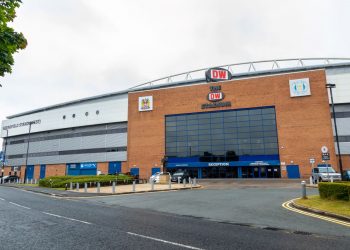 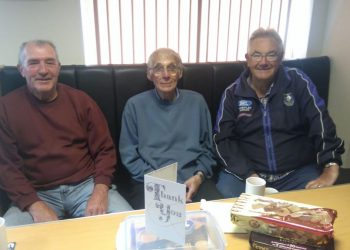 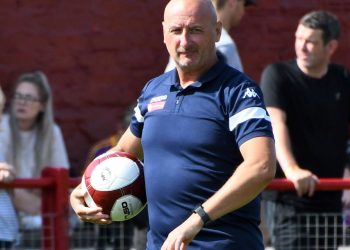 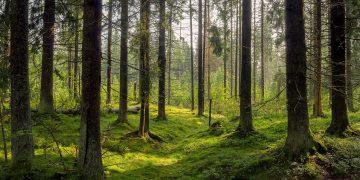