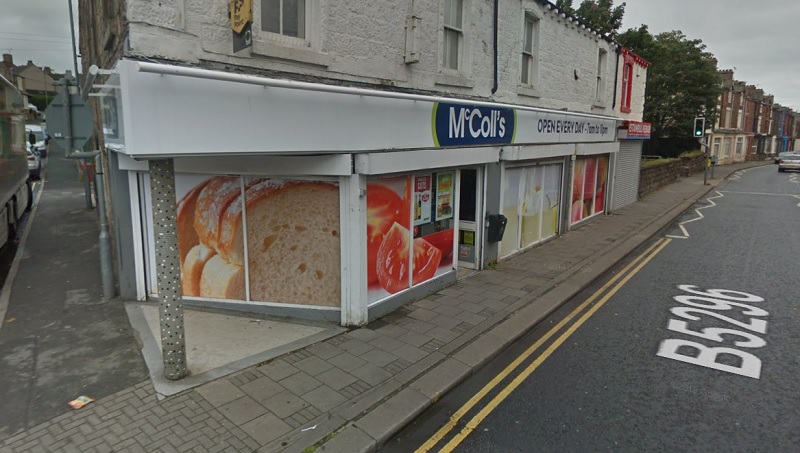 A man has been charged following a robbery at McColl’s on Harrington Road, Workington at around 8am on the 4th November.

A Cumbria Police spokesman said: “Brian Holliday, 34, of Harrington Road, Workington was been charged with robbery and appeared at North and West Magistrates this morning (Nov 6) and remanded to appear at Crown Court on the 4th December.

“A third man, 29, from Workington was arrested on suspicion of robbery and released under investigation.

“A 34-year-old man has been released with no further action.”