Aspatria open this season’s campaign with a home fixture on Saturday against Sunderland [KO 3pm].

The Black Reds have moved leagues and now feature in Durham/Northumberland Division 1. This is a sideways move for Aspatria and results from a request from the RFU.

In contrast, Sunderland are promoted into the league following a successful campaign in the 2019-20 season, the last time competitive rugby was played.

In that last season, Sunderland finished in third spot. However, it was so close at the top of the table that any one of three sides, including Sunderland, might have finished as champions if the pandemic had not intervened.

The Sunderland club has already been in contact with Aspatria to confirm that a full coach of players and supporters will be arriving at Bower Park on Saturday.

It will be a tough opener for Aspatria but the home side are coming off a tough workout with Lancashire side Tarleton which had the desired effect of blowing out the cobwebs.

Senior coach, Mike Scott said: “The mood is positive; squad numbers are very good at training and we can’t wait for this week’s game.”

Squad numbers will be vital this season as Scott detailed some injury concerns. “New and exciting young back row signing Cam Steele is out with a knee injury he sustained against Tarleton as will second-row, Dickie Miller with a minor back issue,” he said.

“Utility player Greg Dickinson’s hamstring injury sustained in the friendly at Kendal is not too far away.”

Scott concluded the list with the news that he was more than happy with the performances of the players coming into the squad to fill any gaps. Competition for places has not been higher for several seasons.

There was also some positive news in the camp for long term injured Jason Ward. The scrum-half is back in light training following a successful knee operation.

Scott’s own enthusiasm for the battle to commence was obvious as he is looking forward to this new league, playing some new teams the club hasn’t faced before, which should mean exciting times ahead.

He said: “It is a new adventure for the coaching team and our young squad, but we won’t underestimate anyone as we know how tough North East teams can be.

“A few players have had excellent pre-seasons. The improvement in Chris Graham [second row/back row] over the summer has been massive, I firmly believe he could have a top season and hopefully start showing what a quality player he will be fingers crossed. Plus he is still growing which is frightening.

“The experience of leaders Atkinson, Clegg and Dixon has been invaluable in mentoring these young lads coming through. I am expecting these three stalwarts to shine again in the black red shirt as they have done season after season for a long time now. All in all, squad looking good with a lot of competition for places.”

Finally, Aspatria are wishing good luck to Ryan Scott who will possibly be unavailable this week due to Navy rugby under-23 duty in Portsmouth. 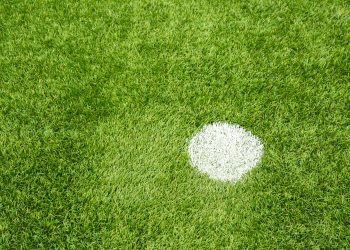 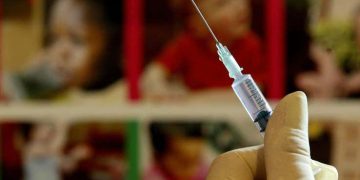 Cumbria is among a minority of areas meeting the target for fully vaccinating children against measles, mumps and rubella before...