A stretch of a Lake District valley was a hive of activity as rumours persist that Hollywood legend Tom Cruise is filming scenes for the latest Mission Impossible blockbuster high above Buttermere.

In perfect conditions for the big screen, roadside signs warning of “filming ahead” have gone up between a 1.5 mile scenic stretch of the B5289 between Gatesgarth Car Park and Bowderbeck Holiday Cottages.

A large helicopter has been regularly shuttling colourful base jumpers between the opposing Lakeland peaks of High Stile and Robinson – either side of the valley – in scenes which have caught the eye of passing walkers, cyclists and roadside parkers occupying every tuft of grass verge through Honister Pass.

Four base-jumpers have been seen descending from Robinson – sometimes to audible whoops – and then floating down to a landing site near Gatesgarth which is concealed by thick woodland –before being ferried to the top again.

Haulage firms have also been spotted transporting mysterious containers along the narrow rural roads and in and out of Gatesgarth Farm, which has become a hub of portable buildings.

The main car park at Gatesgarth too is closed off to public access and manned by specialist parking security staff who are helping control traffic through the area.

At the gates today, a member of security staff said: “We are doing a big Hollywood buster. I’m afraid I can’t say what it is but there’s helicopters involved.”

Walkers passing through the area insist they have heard that it is the latest instalment of the hit action film franchise.

But it appears that keeping a secret in the Lake District is Mission Impossible – even for a megastar like Tom Cruise. 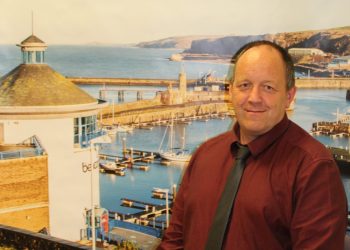 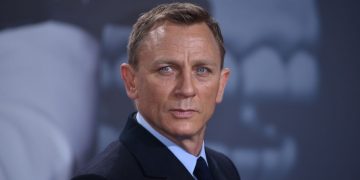