Whitehaven have made a second new signing for the 2022 Betfred Championship campaign – with another addition to their back division.

Dave Eccleston, a 25-year-old-winger who had been with North Wales Crusaders since 2019, joins Australian centre Will Evans in the Whitehaven squad for next season.

Eccleston first spent time at Crusaders back in 2017 on loan from St Helens and also had a season at Oldham in 2018 where he scored four tries in 17 appearances.

He had been part of the St Helens Under-19s side, alongside Whitehaven forward Liam Cooper, that won the Academy Grand Final in extra time after spending the entire season unbeaten.

They beat Wigan Warriors 22-20 with Whitehaven’s Liam Cooper skippering the side with Workington Town’s Caine Barnes in the opposition pasck.

Barrow without midfielder for Saturday’s home tie with Leyton Orient

Speaking about signing for the west Cumbrians, Eccleston said: “The move to Whitehaven is a chance for me to test myself at a higher level as I’ve never played in the Championship before.

“I want to take the opportunity and show what I can do personally at that level.”

Eccleston has made over 30 appearances for the Welsh side since permanently signing for the Crusaders.

His coach Anthony Murray (League One’s Coach of the Year this season) said: ““As well as offering a threat on the edges, he always hits the line hard when carrying the ball out of yardage and makes a lot of ground going forward.”

Haven head coach Jonty Gorley added: “I’m happy to have Dave on board for next season.

“He’s come through the Saints production line, same as Ronnie, and when you get lads that have come through those type of systems you know you’re getting a well-rounded player with the right attributes on and off the field.

“Dave is a winger that carries well, setting off sets on the front foot. He can also play centre, too, and is sound defensively.”

Club Director Ashley Kilpatrick, a member of the football committee said: “It’s great to have Dave on board. He’s signed for two years at the club, following his relocation to the area with his partner.

“Dave came to our attention when it became clear that we might lose Lachlan Walmsley. Liam Cooper brought him to our attention as he had played with Dave at St. Helens and spoke highly of him.

“He told us about how well he carries from the back and how strong his defence is, which pricked up mine and Jonty’s ears.

“I went to watch him play for North Wales against Workington where he was in the centre, which isn’t his normal position. I was very impressed with his performance that day and reported back to Jonty with the information he had asked me to keep an eye on.

“After watching Dave, and speaking to another couple of people about him, we acted quickly to secure his signature and when we met what came across was his enthusiasm for the game.

“Another big thing was his attitude and how humble he was. He is a great lad and we feel he will fit right in with the squad and what we are doing as a club, both on and off the field.” 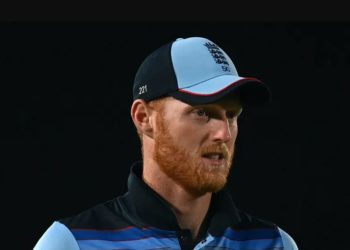 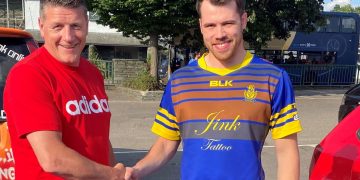